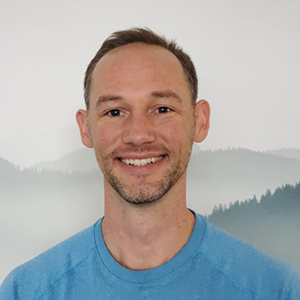 Drew graduated from St.Francis Xavier University with a Bachelor of Arts in Human Kinetics. While attending St.FX, he played four years of varsity soccer with the X-Men, and in 2001 he had the opportunity to go to the Canada Summer Games with Team Nova Scotia where his team came away with Nova Scotia’s first bronze medal in men’s soccer. Since moving to Calgary, he plays for the Calgary Callies and went to Newfoundland where they won the 2010 National Championships. While soccer is his passion, he still enjoys getting out to the mountains to explore new hikes or biking trails. As soon as the snow hits, he trades in his bike for his snowboard and is usually in search of fresh tracks. Being physically active is a big part of his life, whether it is sport related or just enjoying the outdoors. He pursued a career in personal training with the JCC in 2004 so that he could share his knowledge and passion with others, helping them accomplish their fitness goals.