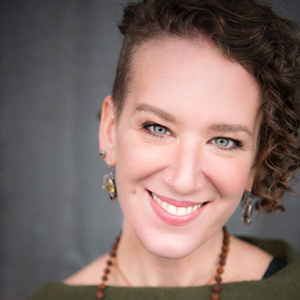 Yoga Nidra is a guided meditation that is equivalent to four to five hours of sleep. It is an incredibly healing practice that is done lying down and takes only 20 to 30 minutes. The tension we carry can be released physically, mentally, and emotionally through this practice. There are about nine steps that you are guided through that gradually allows you to move deeper and deeper into relaxation. We will take a look at the steps, and what is happening in them, and then I’ll guide you through a nidra so that you can experience the benefits right away!

Have a pillow, blanket, and something to cover your eyes, as well as a bolster or some pillows under your legs for comfort, and you will be set! Open to all levels of experience.

Bridgette is a senior teacher, ERYT-500+ with YA, and teacher trainer. She was initiated as a Sadhaka Yogini in the ISHTA lineage, by her teacher Yogiraj Alan Finger. Bridgette specializes in Yoga Nidra, Meditation, Restorative Yoga, and Hormone Yoga Therapy. She is one of three women, in all of Canada, to be certified by 93 year old creator, Dinah Rodrigues, in the hormone yoga practice.

Bridgette’s yoga journey began in 1998 at DePaul’s Theatre Conservatory in Chicago where she grew up. Ten years later, she found herself living in New York, back to her east coast roots where her family is from. Here she discovered ISHTA Yoga, which became her yoga home. In June of 2019 she completed her training in Hormone Yoga Therapy after having life-changing results from the practice – and now offers the practice worldwide.

She is thrilled to be connecting with the JCC, as her background is Jewish (though it’s not quite that simple… is it ever?), but that’s a crazy story for another time! ; ) It will be good to feel back at home again!

Find Bridgette, her offerings and recordings on her website.