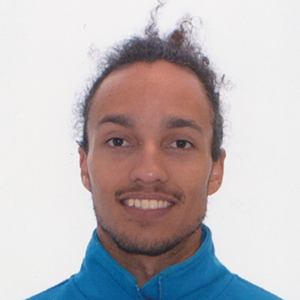 Darius grew up in the suburbs of Perth, Western Australia where he completed both his Fitness Instructor and Personal Training certification 2003, followed by a double Degree in Exercise Sports Science and Rehabilitation in 2009 at Edith Cowan University. He was drawn to the realm of exercise as a profession whilst receiving treatment for shoulder instability when he was a competitive tennis player in his adolescent years. This sparked his interest in how he could be somewhat of a mechanic for the human body; whether it was through a discipline of physical treatment or as a teacher of movement.

Darius first worked as a Personal Trainer at a facility, Riverton Leisureplex, in Riverton, Western Australia from 2003 till 2013. During that time, he completed his degree and also worked as an Exercise Physiologist at Edith Cowan University in Western Australia. His skills were honed around those needing specific attention due to a physical injury, whether it be caused by motor vehicle, workplace, sports injury, or an injury manifesting from poor movement or posture; in addition to clients who had to manage activity while suffering cardiovascular restrictions. In 2014, Darius worked at a strength and conditioning studio in Richmond, British Columbia whose clientele ranged between youth sports teams professional athletes, motor vehicle injury and small group personal training.

In 2015, he moved back to Australia and worked briefly in his field before moving to Europe, then back to Canada. Once he was back in Canada the next year, Darius worked at Fitness centres, Corporate Facilities and still trained his own private clientele around Calgary; delivering Fitness classes and Personal Training services.

Due to the breadth of clientele Darius has been fortunate to see, he has discovered that consistency and continued effort is key. His ideology is: “Make the most of what you still have, and, be as proactive as possible to protect it as you are in the driver’s seat. But still find ways to enjoy the process of the journey towards the ever-improving version of you.”

When Darius isn’t working, he is normally working on his own athletic skills or self-managing his own body; because for the past two years, he has represented Australia, in Speed Skating on the World Cup circuit. An Australian Speed skater you may think? Well, in an array of fortunate and unfortunate circumstances he decided it was an opportunity for him to pursue a sport he had wanted to do since he had first seen it in Europe when he was seven years old – 22 years later that dream was still alive. You may see Darius regularly around the local area road biking, running, inline skating or snowboarding. Other sports Darius had competitively pursued to State or National level are Tennis and Track running.